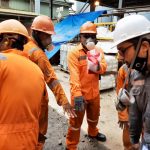 Problem Identification
There was a problem on insulation at elusion column processing plant PT. Agincourt Resources which already deteriorate due to some reasons. Conventional insulation, with combination of rockwool and cladding was used to insulate elusion pipe so the heat on the process would not be released to atmosphere. The insulation in processing plant is also used as personnel protection purpose because there are lots of people working around.
Apart from that, there are some claddings of this conventional insulation got corroded and so water can invade within the wool and break apart the insulation. Most of insulation wool is already deteriorated; even at some area insulations are gone which create heat losses and hazard for working personnel (90-100oC surface temperature).

Proposed Solution
As there are two main issues on insulation at elusion column which are: personnel safety and material durability, PT. Mahita Karya Persada Teknik was proposed to use Hot Pipe Coating as replacement for conventional insulation.
Hot Pipe Coating (HPC) is water based ceramic coating material that is not hazardous for environment and could work as insulation up to maximum 250oC process temperature. In combination with Rust Grip coating as top coat, elusion column at processing plant PT. Agincourt Resources would be safer for worker and having more durable insulation material.

Result
Having configuration design 12 mm thickness only, HPC already reduce surface temperature from ± 100oC to ± 50oC. This means that heat from elusion column process is held inside the pipe. In other word, Hot Pipe Coating is working as insulation excellently.
After Rust Grip application, there was temperature increase on HPC surface, as Rust Grip also holding heat on its surface. But still, it is safe for personnel, even to directly touch the surface. 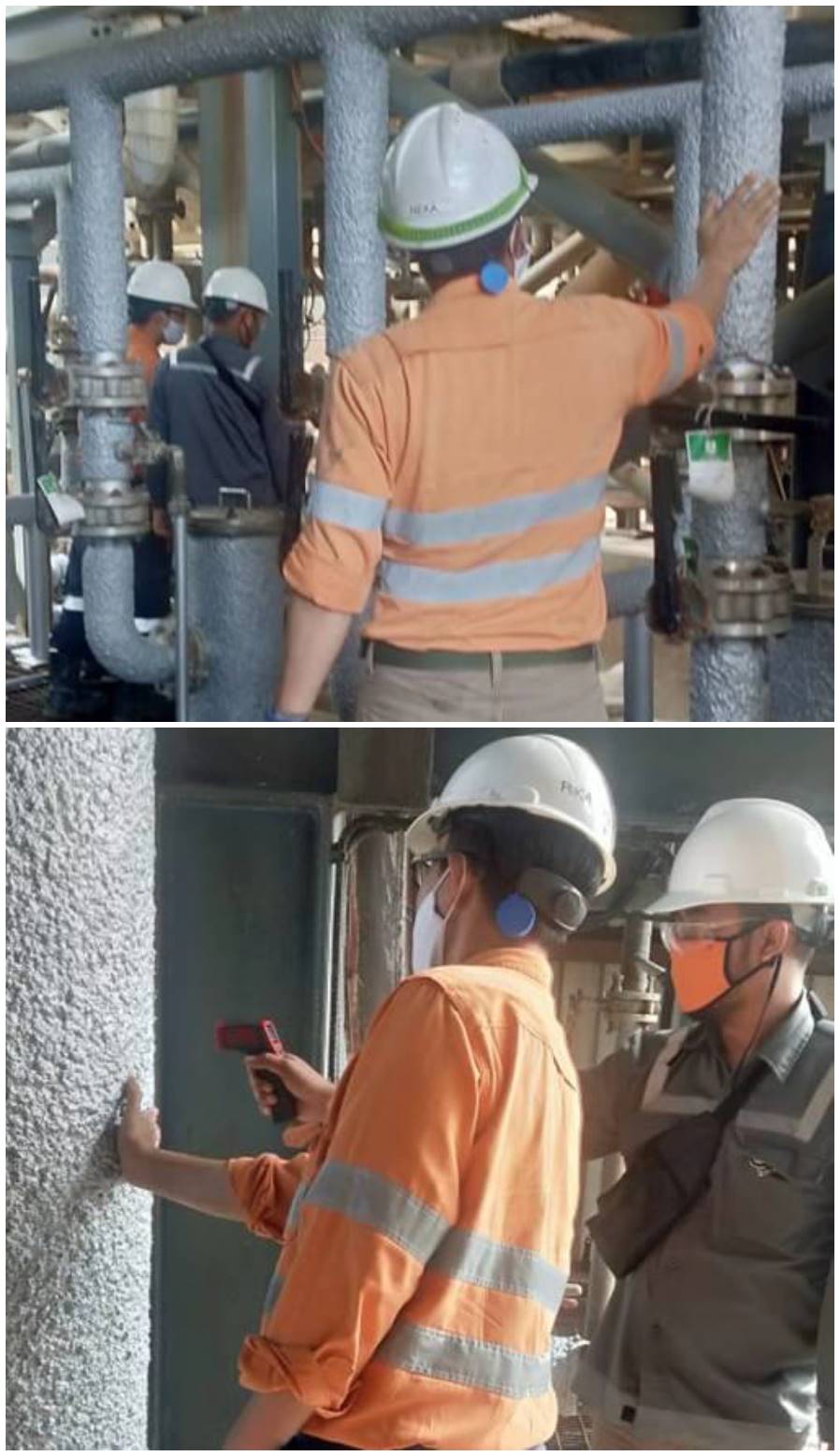